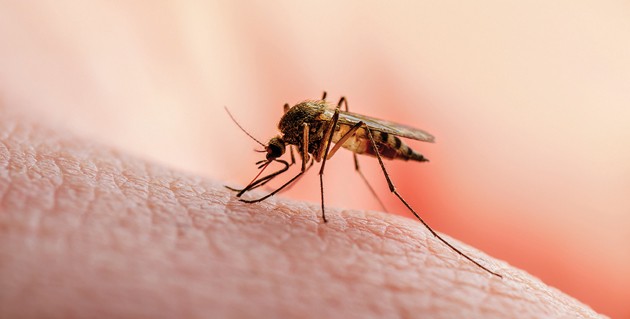 Mosquitos are a potential carrier of West Nile Virus.

Protect yourself from mosquito borne disease ♦

The first positive human case of West Nile virus in Utah for 2022 was recently found in a man in the Weber-Morgan Health District.

The first positive case comes about a month after West Nile Virus was found in mosquitoes in Utah. Two additional suspect human cases are currently under investigation in Weber and Uintah counties.

West Nile Virus is a single-stranded RNA virus that causes West Nile fever. It is most commonly spread to people by the bite of an infected mosquito and occurs mainly from summer to fall.

West Nile is the leading cause of mosquito-borne disease in the United States, according to Mamadou Tounkara, Tooele County Health Department’s epidemiologist.

Last year, there were 28 Utah residents diagnosed with West Nile virus, including three deaths, according to the Utah Department of Health and Human Services.

While most people who contract West Nile virus don’t feel sick, about one in 150 individuals develop a serious illness that affects the central nervous system.

About one in five people who are infected develop a fever and other symptoms listed.

“Most people with febrile illness due to West Nile virus recover completely,” Tounkara said. “However, fatigue, lethargy, and weakness can last for several weeks.”

Children, the elderly, and the immunocompromised are at the greatest risk for developing severe illness.

“For children, their immune system is not mature enough to provide a strong defense for the virus,” Tounkara explained. “Thus, children are more susceptible to developing severe illness than mature and healthy adults. That scenario is the same for elderly and immunocompromised individuals such as diabetes patients, patients with HIV or AIDS, patients with severe immunodeficiency diseases, and patients with cancers such as leukemia.  Most of these diseases weaken the immune system and make the individual more susceptible to develop severe cases of West Nile virus.”

To protect yourself against West Nile virus, wear long sleeves, pants, and socks while outdoors, and use an insect repellent with 20-30% DEET, avoid being outdoors during peak times of dusk to dawn, and remove pools of standing water from your property, because mosquitoes lay their eggs in standing water, according to Tounkara.

Bodies of standing water should be reported to the Tooele Valley Mosquito Abatement District by emailing tooelevalleymad@gmail.com or by calling 801-250-3879.

Doors, windows, and screens should be kept in good conditions to avoid letting mosquitos inside homes. Before traveling to an area that may have mosquito-borne illnesses like Zika or dengue, necessary precautions should be taken.

If you suspect you may have West Nile virus, it is important to see a doctor.

“Prevention is key in public health,” Tounkara said. “When you have been in a place where mosquitoes are prevalent and you do not feel yourself or you feel tired, please make an appointment at your earliest convenience and talk to your primary care physician.”

“West Nile virus is an annual presence in Utah and isn’t going away,” said Hannah Rettler, Utah Department of Health vector borne/zoonotic epidemiologist. “Mosquito season isn’t over and Utahns should continue to protect themselves from mosquito bites.”