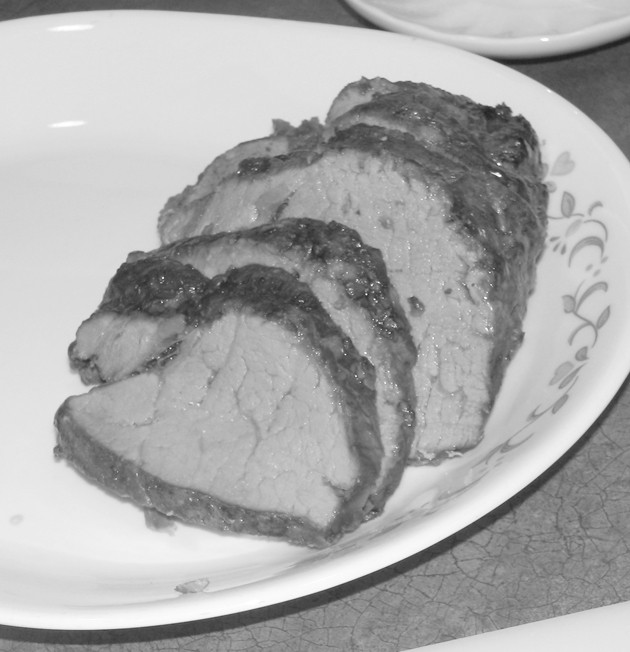 New, voluntary standards for labeling meats may make it easier to find the cut you are seeking. The new labels will also let consumers know that such cuts, like the beef loin shown above, are good for grilling while other cuts are better for stewing.

Here comes summer, the season for delicious grilled cheeseburgers right from paradise. But are they really from paradise? There is a cost associated and the news on that price is good news, bad news.

Prices for ground beef tend to drop in the summer — especially on holidays. Grocery stores lower prices on burger to help lure shoppers in. That way they will also buy all the fixings and other “stuff.”

The seasonal drop in price is the good news. The bad news is that the price it drops from has gone up considerably over several years.

Essentially, that means that although the burger you make at home next week is less expensive than the ones you made a few weeks ago, it is higher than in past years. It was inevitable, really. During the recession in 2008, fewer consumers opted for less expensive sources of protein and the price of beef dropped. Ranchers raised fewer animals in response. However, it takes a couple of years for a calf to reach a sellable age so the herds declined slowly.

Now that there is a higher demand for the beef, the price goes back up. For example, you may build a burger using a typical quarter pound of beef, two ounces of cheese, an ounce of bread (a bun), and 1/10 of an ounce of fresh tomatoes.

That concoction would have cost an average of $1.25 per serving if you made it at home in 2001.

Today, the same dish would cost about $2.01 and most of the price increase is dictated by the price of beef. The overall cost of groceries has gone up by 38 percent in the past 12 years.

It is enough to make a budding chef think about ways to drop the price of the meal. Grilled cheese sandwiches anyone?

Speaking of meat, when is a porterhouse steak not a porterhouse steak? When you read the names on the package at the grocery store — beef loin, porterhouse steak, bone in — that is a pretty complicated name for the same cut of meat. It is descriptive in accordance with a strict naming regimen set in the 1970s. At that time, marketers were waxing creative and giving the same cuts of meat a wide array of names, making it difficult to know what was in the package. The strict naming plan was built to include strict criteria: animal species, grade of cut, anatomical references and presentation. It served well for the meat industry, but for the consumer, not so much.

Cooking shows have become very popular and as consumers have watched them, they have become savvy about the popular common and fanciful names of meat cuts. They are seeking cuts based on those popular common names because they are more understandable.

The long detailed names are the reason that the industry has turned the effort to standardize names based on the common name in packaging.

As of March, the industry and government have agreed on a packaging system that promotes the common name but still includes the descriptions set in the 70s. The system is voluntary so it may or may not take a little time for stores to pick up on it.

What this means is that “boneless shoulder bone blade steak” will be known for its common and more picturesque name — flat iron steak. A “Boston roast” will be known as pork butt.

The old system may have clarified some things, but it could be confusing. For example, under the old system, rib eye steak could be classified as eight or nine different types such as bone in, boneless, thick, thin and extra tail.

As the new labeling system becomes more common, we will see the common name with the detailed description also associated.

Many cooks are not clear on which cuts of meats are best for various cooking purposes. For example, one might wonder if a round steak is a good choice for barbecuing? The new labels can also include preparation hints such as “best for stewing,” “best for a pot roast” or “best for grilling.” This can help the consumer avoid wasting money on a round steak that they plan to grill or to know that said round steak should be marinated and tenderized if it is to be grilled.