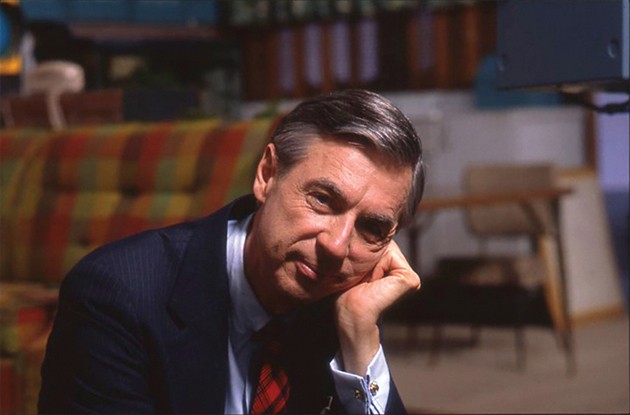 The recent documentary “Won’t You be my Neighbor” chronicles the life of Fred Rogers and his hit television show.

I’ve never seen Fred Rogers’ hit show “Mr. Rogers’ Neighborhood.” However, I’ve read about it and I had an idea of what it was about before seeing the documentary “Won’t You Be My Neighbor?”

I knew that Rogers was a good guy who used to sing songs to kids and help them through the struggles of childhood. I thought, because I lacked experience seeing his show, I wouldn’t get attached to the documentary as others might be. But I did, and whether you’ve seen his show or not, I advise everyone to see “Won’t You Be My Neighbor?”

The documentary chronicles the life of Rogers from his childhood to his death. The majority of it involves the time he spent, from 1968-2001, making his show. The film is composed of interviews with Rogers, his family, the cast and crew of the show, and scenes from “Mr. Rogers’ Neighborhood.” Those who were interviewed all spoke of why Rogers did what he did and related experiences they had with him. The big question the documentary tries to answer is: Was Rogers actually as good of a guy as he seemed?

I’m a big fan of documentaries. So when I heard of a documentary being made about Rogers, I was excited even though I knew little about him. I saw it as an opportunity to learn more behind the man with the catchy jingles. Little did I know just how greatly this documentary would affect me. Somehow, Rogers is able to make everyone feel special, even though he’s been dead for over 15 years. He had character, and performed a great service to our country by teaching children important values during a crucial period of their lives. The film’s impact stays with you long after the credits role, and I often think: What would Mr. Rogers do?

The greatest thing about this documentary is how prevalent its message is to our society today. It also brings up many important issues. An important one, for me, is egocentrism. I find that most people, including myself, are so focused on themselves they don’t see what makes life special: relationships with other people. The film has inspired me to get out there and meet new people and to quit thinking about myself so much. If a film can have a “call to action” affect on its viewers, then I believe it is valuable for everyone to see.

The message of the film makes up for any faults it might have. If I were to be nit-picky and find a fault, it would be the pacing, which is a little slow at the beginning. Most documentaries have a slower pace, so this film did it better than most. I thoroughly enjoyed it, and I believe most people will, too. “Won’t You Be My Neighbor?” deserves nothing less than an A.

“Won’t You Be My Neighbor?”