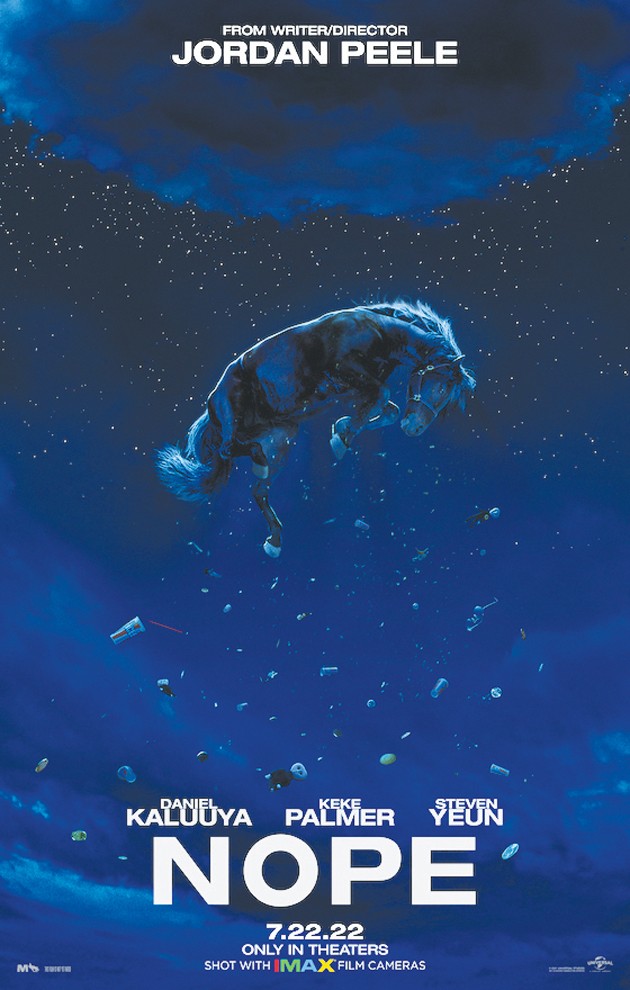 Many of you are familiar with Jordan Peele from his popular YouTube channel “Key & Peele.” He and Michael Key have produced some of the funniest skits of past decades like “Substitute Teacher,” “East/West College Bowl,” and “Obama Meet and Greet.”

However, Peele has turned his attention toward feature films within the last five years, and instead of comedies, he’s decided to make films around his other favorite genre — horror.

Peele is known for creating some of the most bizarre horror movies of our day. His 2017 directorial debut “Get Out” was a sensation, and even received a nomination for best picture. His 2019 feature “Us” didn’t score as big among critics but made huge strides at the Box Office.

His newest feature “Nope” was released last week, and apparently has most critics saying “yes.”

The film centers around two siblings OJ, played by Daniel Kaluuya, and Emerald Haywood, played by Keke Palmer, who own a horse training ranch.

Most of their business comes from Hollywood films, but after a recent tragedy, their profits begin to plummet.

That is when strange things begin happening around their ranch. Horses go mad, the power dies, strange items rain from the skies, and an unworldly object is spotted at night.

An amusement park next to the horse ranch tries to profit off the phenomena while OJ and Emerald attempt to capture the first photographic evidence of whatever’s going on.

The trailer for “Nope” features bizarre occurrences that seemingly have no relation to one another. For me, those are some of the best trailers because I’m fascinated to see how all the imagery will fit into a coherent film. It implies a whole lot of stuff is going to happen.

And a lot does happen in “Nope.”

However, after seeing the finished product, I felt like the film was sort of a byproduct of the trailer.

Don’t get me wrong, the movie is entertaining and fascinating, but the trailer will probably be the most memorable aspect for me. And honestly, maybe that’s because it’s too good.

The film ultimately had two problems. The first was a subplot about an ape that told an entirely different story. A cool story — though what’s with the upright shoe? It makes absolutely no sense — but it didn’t align well enough with the overall story to justify it, and it added another 15ish minutes to a horror movie that’s already over two hours long.

The second was in the first quarter of the film when two siblings communicated about the events they witnessed in such an off-the-wall way that I had an even harder time understanding what was going on in an already unusual story. A second viewing would help, but it slightly annoyed me this first-time viewing.

But besides those few gripes, the movie was a lot of fun. I would consider seeing it again. There are interesting segments of the story, but the best part by far is the climax. It had beautiful pacing with high energy. It sent me reeling from excitement on multiple occasions. I would honestly watch it again just for that.

I’ll give “Nope” a 7 out of 10, but I’d recommend to go see it, or at least see the trailer. The film is rated R for language throughout and some violent and bloody images.